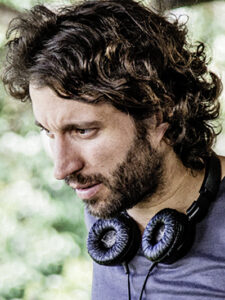 Alejandro Landes was born in Sao Paulo, Brazil, and raised in Ecuador and Colombia. Landes’s first fiction feature, Porfirio, premiered in the 2011 Cannes Film Festival Directors’ Fortnight and won top prizes at many international film festivals. His first documentary, Cocalero, opened in the 2007 Sundance Film Festival and was theatrically released in over 20 countries. Landes was a resident at the Cannes Cinéfondation and a fellow at Sundance Institute’s Screenwriters and Directors Labs.