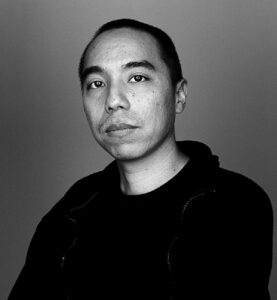 APICHATPONG WEERASETHAKUL grew up in Khon Kaen in north-eastern Thailand. He began making film and video shorts in 1994, and completed his first feature in 2000. He has also mounted exhibitions and installations in many countries since 1998.

Often non-linear, with a strong sense of dislocation, his works deal with memory, subtly addressed personal politics and social issues. His art projects and feature films have won him widespread recognition and numerous festival prizes, including two prizes from the Cannes Film Festival, such as the Jury’s prize in 2004 for Tropical Malady and the Palme d’Or prize in 2010 for Uncle Boonmee Who Can Recall His Past Lives.

In 2021 he is back in Cannes official competition and wins the Jury Prize with Memoria, starring Tilda Swinton, as well as a personal contribution to the Neon-backed omnibus film The Year of The Everlasting Storm.