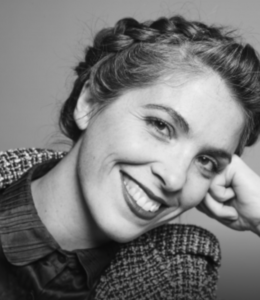 Eva Husson is a French director, actress and screenwriter born in 1977.

She did a preparatory class in Modern Literature before choosing a Master’s degree in English Literature, which she obtained with the highest honors and a degree in Spanish.

Eva Husson then decided to spend a decade living and studying around the world and led an artist’s life. She went through Paris, London, Madrid, Los Angeles and Puerto Rico. Holder of a Master of Fine Arts from the American Film Institute of Los Angeles in the field of filmmaking, she had a brilliant course at AFI, which earned her many prizes, awards and other scholarships. She was thus recognized by the Cultural Franco-American Fund, also the Multicultural Motion Picture Association. At the same time, she took her first steps in 1993 and joined the cast of the film The Romantics then, five years later, she starred in The Sexual Revolution Did Not Happen.

In 2004, her short film Hope to Die received critical acclaim and was screened in international festivals. This stage marked the beginning of the professional consecration. She made Those for Whom It’s Always Complicated in 2013 before focusing on feature films. In 2016, she was successful with her film Bang Gang. In May 2018, her film Girls of the Sun is in official competition for the Palme d’Or of Cannes Film Festival.