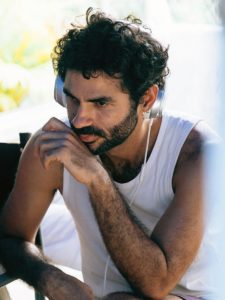 Born in 1983, Gabriel Mascaro is a Brazilian film director, scriptwriter and artist who lives and works in Recife, in the Northeast of Brazil. Initially known for his documentary work, his first fiction film, AUGUST WINDS, premiered in the international competition of Locarno Film Festival in 2014, where it won a special mention. In 2015 he released his second fiction feature, NEON BULL, which won the Orizzonti Special Jury Prize at the Venice Film Festival and went on to receive critical acclaim and numerous awards including two Fenix awards (best Script and best Photography) and was Brazil’s entry to the Goya’s in 2016. DIVINE LOVE is his third narrative feature.