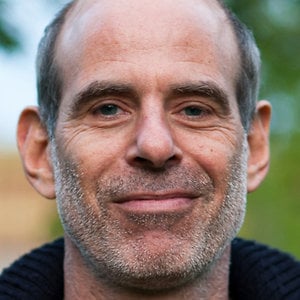 Samuel Maoz was born in Tel Aviv in 1962. At 13, he received a 8mm movie camera and a roll of film. He wanted to recreate a gunfight scene he had seen in a western and set his camera on the tracks of an approaching train. It got smashed to smithereens. However, by 18, he had already made dozens of films. As a young soldier he was part of a tank crew. He trained as a gunner, firing at barrels of fuel that exploded like fireworks. It felt like a Luna Park game. Only when war broke out in June 1982, did he learn the horrors of being a gunner. In 1987 he completed his cinema studies, but it took him 20 years more to finally create his first feature film, Lebanon. He has worn a suit only twice in his life. On his Bar-Mitzva, and when he won the Golden Lion Award for Lebanon. 8 years later he wrote and directed his second film, Foxtrot.