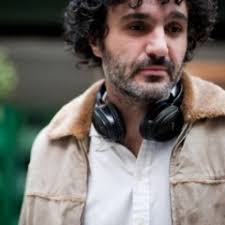 Siamak Etemadi was born in Tehran, Iran. In 1995 he moved to Athens, Greece, where he lives to this day. He studied cinema in the UK, and Greece. He has also followed seminars on acting, editing and photography.

From 2004 to 2011 he worked extensively as assistant director (1st & 2nd) and production manager in various feature films, TV series, and series of documentaries. He also had occasional work experiences as actor, both in theatre and cinema.

His last short film CAVO D’ ORO had its world premier in Locarno International Film Festival – Competition in 2012 and was nominated for the Best Short Film in the Greek Film Academy Awards;

PARI is his first feature film.