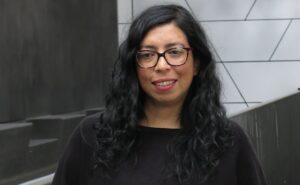 After her first attempts — short films such as Arido (1992), Familia (2004) or Sueño (2005) — she gained international renown with her first feature-length film, El lugar más pequeño (2011), presented as an international premiere at Visions du Réel in 2011 where it won the Grand Prix for the Best Feature-length Film. Building on this success, the film was programmed by more than 80 festivals around the world.

Then, following the short film Ausencias (2015), she directed Tempestad (2016), which was presented as a world premiere at the Berlinale (Forum section) where it won four Ariel awards—presented by the Mexican Academy of Cinematographic Arts and Sciences.

In 2021, she is unveiling her first fictional film, Prayers for the Stolen (Noche de fuego) in Cannes.