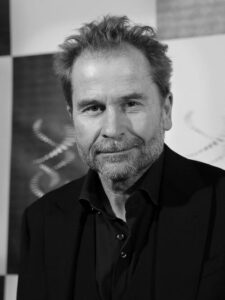 Seidl’s first feature fiction film Dog Days (2001) won the Special Jury Prize at the Venice Film Festival in 2001. Import Export (2007) was the first film Seidl produced through his own production company, formed in 2003 with his long-term co-author Veronika Franz. It was followed by his prize-winning PARADISE Trilogy (2012). All three films were premiered in competition in Cannes, Venice and Berlin. The trilogy was followed by In the Basement (2014) and Safari (2016).

The most recent film, Rimini, had its world premiere at the Berlinale (main competition) 2022.