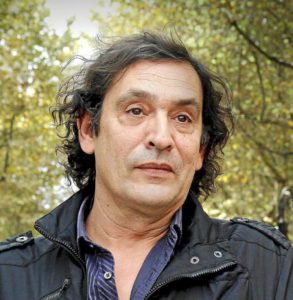 Born in Palma de Mallorca in 1953, Agustí Villaronga obtained his degree in Art History at the University of Barcelona. His began combining work as a professor of visual image, film critic and artistic direction in the theatre. In addition, he has worked as an actor in various film and theatre productions. After directing various short films, his first full length film In A Glass Cage (Tras el cristal) opened in 1987. With Moon Child (El niño de la luna), he won a Goya award for best original screenplay.

In 2000, one of his most personal works, The Sea (El mar), obtained the Manfred Salzberg Award at the Berlin Film Festival. Villaronga’s filmography has generally been distinguished by its distance from commercial circuits. In 2002, together with Isaac P. Racine and Lydia Zimmermann, he made the film Aro Tolbujhin. En la mente del asesino, an audiovisual experiment mixing styles, genres and film formats. In 2010 the film Black Bread (Pa negre) brought him major success, and won nine Goyas awards and his adaptation of Pedro Juan Gutiérrez’s novel, The King of Havana (El rey de La Habana), in 2015 is rewarded with four Gaudí awards. In 2017 he decided to adapt one of the major works of Catalan literature, Incerta Glòria by Joan Sales.