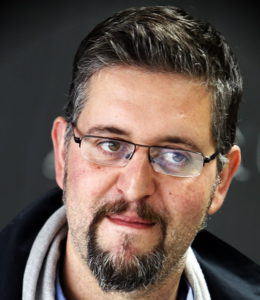 As Head of Development, Laurent Nègre reads and analyzes subjects and scripts, suggesting to the company the ones suitable for development. He follows projects through all stages of development, focusing on content and creative issues.

Born in 1973 in Geneva, Switzerland, Laurent Nègre is a French / Swiss author and director. Graduated in 2002 from the cinema section at the Ecole Supèrieure des Beaux Arts of Geneva, he has gathered an extensive experience in cinema, television and publicity in Switzerland and Spain.

His first fiction feature film, fragile, starring Marthe Keller, was released in theaters and rewarded with several awards. His last movie Opération Casablanca was released in Switzerland, after theatrical releases in Canada and Morocco took place.