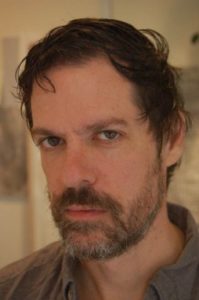 It went on to have its American premiere at the 2009 Telluride Film Festival after which it won many other awards such as a Hollywood Foreign Press Association Fellowship, the Atlanta Film Festival Jury Award for ‘Best Dramatic Short’, a Warner Bros Production Prize, a Wasserman Prize for Best Direction at New York University and the National Board of Review ‘Student Film Award’. Etienne’s narrative short film Doorman, had its European premiere at the 2006 Cannes Film Festival and its American premiere at the 2007 Sundance Film Festival before being distributed on DVD throughout North America by Strand Releasing.His documentary work has screened at the Berlin International Film Festival, PBS and the Montreal World Film Festival. His documentary short film, Jane’s Birthday Trip was a national finalist at the 2006 Student Academy Awards.Etienne’s screenplay Die Stropers (The Harvesters) will also be his feature film debut. Like Eersgeborene (Firstborn), it explores identity and sexuality within the Afrikaner culture of modern-day South Africa. It was developed at the prestigious 2011-2012 Cannes Cinefondation Residence Program. In 2012, it was selected for the highly competitive Sundance Institute Mahindra ‘Global Filmmaker Award’ and a 2012 Sundance Cinedreach Feature Film Fellowship via Cannes and the Groupama Gan Foundation.