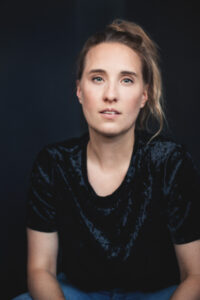 Sophie Dupuis is a Quebec film director and screenwriter, from Val-d’Or, who studied at Concordia University and the Université du Québec à Montréal.

She is one of the major figures in the new generation of Quebec filmmakers that emerged after the year 2000. She has directed several short fiction films which have won awards at festivals both in Quebec and elsewhere.

Her feature film debut « Family First » (Chien de garde) premiered in 2018 and was selected as Canada’s submission for the Best Foreign Language Film at the 91st Academy Awards. The film was nominated for eight Prix Iris at the 2nd Prix Iris, including a Best Director nomination for Sophie Dupuis.