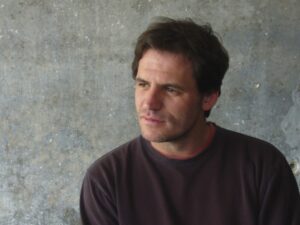 Spanish scriptwriter, director and producer, VENTURA DURALL was born in 1974 in Barcelona. He graduated from ESCAC (Escola Superior de cinema i Audiovisuals de catalunya), where he is Head of the Documentary’s Department and supervises all diploma thesis projects and leads the Documentary and Society Master Programme.

His feature film The Two Lives of Andrés Rabadán (2008) won the Best European Independent Film Award at the ECU Festival in Paris in 2009 and three Gaudí awards from the catalan Film Academy in 2010.

The Offering got 3 Gaudí Awards nominations including Best Film and Verónica Echegui received the Gaudí Award for Best Supporting Actress 2021.